Arguably the best model to come from British Leyland is the Triumph Dolomite Sprint. The Sprint was a true sports saloon and offered incredible performance that is impressive even by today's standards. A unique 16 valve SOHC head was applied to this model, which was favourably comapred with BMW2002tii and similar sporting saloons of the period.

Australian market cars were all Mimosa (yellow), but dealers like Hodgson in Sydney,specially imported a few white ones to offer something a lttle special to enthusiasts. Anumber of the cars were raced here , however they had few major sucesses.

The GT6 owes its heritage to the four 1964 Le Mans Spitfires. These Spitfires were very successful competition cars aimed at winning their class and giving a bit of stick to MG! Producing 102 BHP at 7,000 RPM, these remarkable cars conquered the 24 hour race reaching top speeds of 134 MPH. David Hobbs and Rob Slotemaker bought in ADU2B in 21st Place overall and 3rd in class averaging 94.7MPH for the whole 24 hours. Unfortunately ADU1B and ADU3B retired after being involved in accidents and not because of mechanical problems and after having been leading their class. ADU 4B didn’t race but was kept as a spare.

The sales success of the GT6 Mk1 spurred Triumph into fixing the rear suspension problems and updating the car to meet U.S. safety standards. 80% of the cars were being exported and despite the rear suspension problems, the car was more popular than the MGB GT. The Mk2 provided a complete car. Once again, Harry Webster wanted the car to be further inspired by competition so in 1966, a six cylinder version of the Le Mans Spitfire was built. Triumph’s project manager, Ray Henderson built a car that produced 200BHP and had a top speed in excess of 150MPH. But at this point in time, the GT6 hadn’t been homologated and would therefore have to compete in the prototype category against the Ford GT’s, Ferraris and Porsches. What a pity as Webster decided to withdraw from the event. The prototype was called the GT6 R and its survival is unknown and is doubtful. 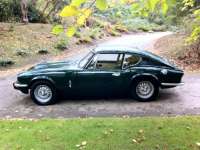 The Herald 1200 was the first major upgrade of the Herald range, giving it a capacity increase from 948cc to 1147cc, and the option of disc brakes on the front. 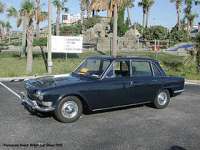 This rare model was released in Australia in mid 1968, as the up-market version of the highly sucessful 2000 model. The PI models shared an identical Australian-made body with the 2000 model of the same year , but featured the 2500 engine like in the TR5 (but with softer camshaft), rostyle wheel trims, radial tyres, larger exhaust pipes, stiffer springs and shockies, 140mph speedo , deeply sculpured seats. Discreet "injection" badges were added to the chrome boonet mould and on the rear panel, whilst the C pillars got small round "PI" (petrol injection) badges.

Unfortunately, overdrive was not offered as an option here, and many of them used the BW35 auto transmission as they were sold as "up-market" or luxury cars.

This model was released in Australia in 1970 , along with the Mk2 PI, as the replacement for the Mk1 model. The 2000 models shared an identical body with the PI model , but featured chrome bezels on the instruments, and a 3-person rear seat. Most of them were manuals. The engine used a GT6 spec camshaft and a pair of 1.5" SU or Stromberg carburettors, depending on the year. 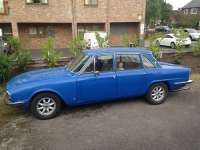 This model was released in Australia in 1972 to counter the poor reputation of the PI model. Bascially, a down-spec MK2 PI, it had slightly different trim design, no tacho and a 2-spoke steering wheel. The engine used a GT6 spec camshaft and a pair of 1.5" SU or Stromberg carburettors, depening on the year. The last 2500 TC was sold in Australia in 1978, and it varied very little from the 1972 version.