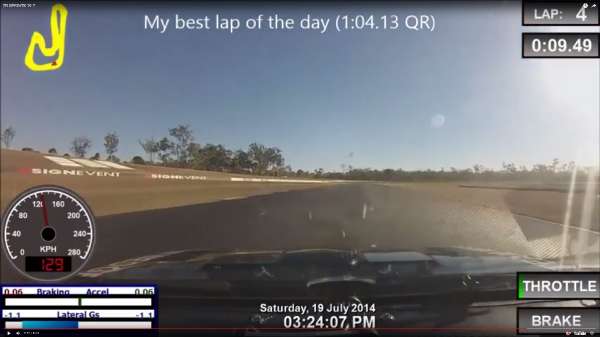 A healthy field of 10 cars assembled for the 2014 Triumph Sprints, round 1

This event was alongside the Qld Raceway Open Sprints, with Triumph having its own group, with 3 other miscellaneous groups running as per the normal sprint series. Triumphs put on a good show, looked great and ended up with 4 cars in the top ten out of the full field of 44 (and last place was not a Triumph) The only casualties were Simon who lost a belt and overheated the TR&, hopefully no damage done, and Daryl who had a vibration and parked up only to find 2 sheared wheel studs-time to replace all those 35yr old ones.

A few hearty souls came out to spectate, need to loan them a helmet next time and they can join in the fun. Next round is in August I think (Daryl - was that the agreed date, or is it October, December or better all) Many thanks to Daryl Tonkin for organising this event, a great day of motorsport and a good club event. Hopefully we can see a few more at the next round and get a few teams out to represent Triumph at the Teams Regularity at Lakeside, August 31st